Proportionate Force: Your gun is not the solution to every threat.

You are here:
Blog 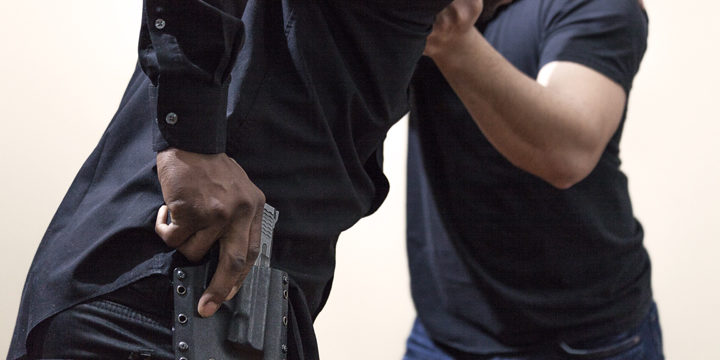 In the military and law enforcement there is a process called escalation of force that, when applied properly, helps the soldier or law enforcement person to use the minimal amount of physical force required to stop a threat.  It helps ensure that a person causing a perceived threat isn’t killed if not necessary.  Not only does this aid in the preservation of life, it also helps in terms of the legality of defending yourself or others.  Imagine if someone across the street said they wanted to beat you up, would it make sense to draw your pistol and shoot them right away?  Hopefully, you’re answer was somewhere along the lines of “absolutely not”.  And you’d be right–if was just a rowdy kid thinking it was funny to try to scare people, no court in any land would consider there to be any justification whatsoever to shoot.

Let’s say the threat was even greater, maybe an argument at a sports bar that leads to some pushing and shoving and a physical altercation ensues trapping you at your booth.  A group of drunk sports fans don’t need to be shot just because they’re Packers fans (sorry about the bad joke), but for obvious reasons you can’t just sit there and risk getting a beer bottle to the noggin.  So you may have to get physical yourself–but again, keep that smoke wagon in its holster unless you feel like spending a few years in prison over bad call by the refs.

This is why we’re such advocates of learning hand-to-hand combat techniques and integrating it into a full spectrum defense lifestyle–not just some think about, but something to live by!

For those of you curious about what the levels actually are, check the list below.

The levels may vary a bit between organizations, but here’s a breakdown of the Levels of Force taken directly from the National Institute of Justice’s website (which you can get to here).

Thanks for taking a few minutes to escalate your knowledge level.  See you at the range!